Happy Portuguese “National Play Your Ukulele Day”! This is indeed a time for ukulele celebration. Tahiti just broke the world record with 4750 ukulele players strumming and singing simultaneously for over five minutes on April 11 in Papeete!

Cuties had lots of fun in April, too! After a few of us played at Tonari Gumi accompanied by a pianist and a drummer (many thanks to Harvey for organizing it!), 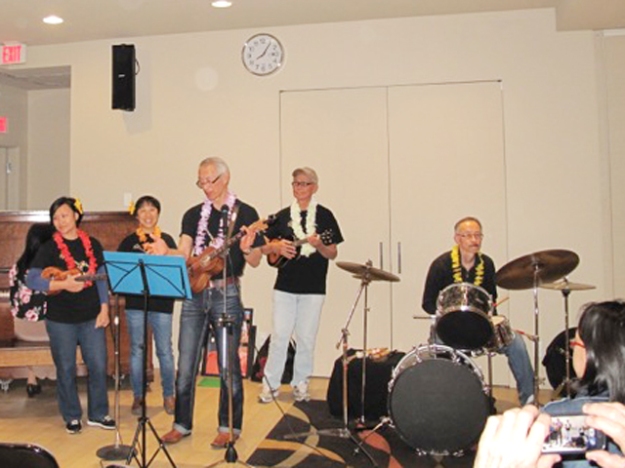 we had a terrific turn-out at our song circle led by Paul! Kiwi and Soegi accompanied Paul by noodling and playing an upright bass, respectively!

Our performance time started with Luisa and Paul playing a beautiful traditional song, Haere Mai, they learned on their recent trip.

Harvey did a fingerpicking solo of Misty. 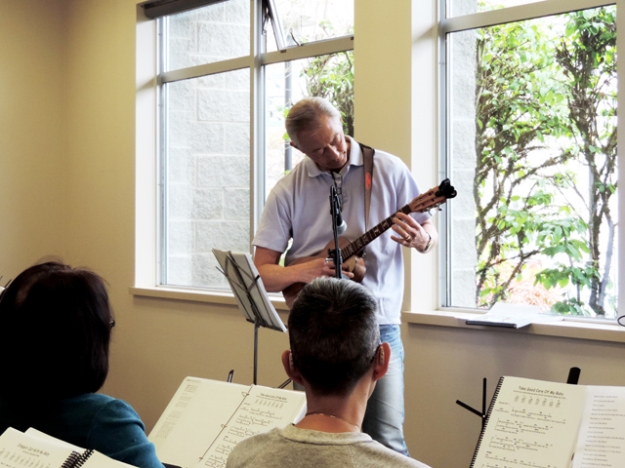 Brian and Gill had another entertaining tune, I Want My Dog Back, to share with us. 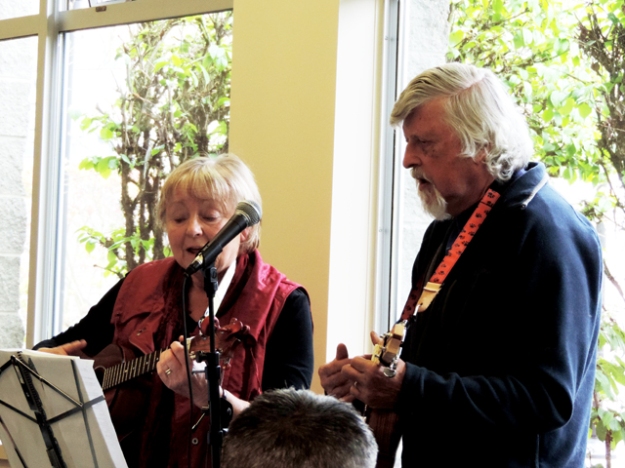 Alan, Harvey, Jen and Paul played their rehearsed song, Can’t Take My Eyes Off You.

Ralph (who came to give the 1950s Songshop) and Paul got recruited to play Midnight Special with a Coquitlam twist along with Alan, Harvey and Jen! Thanks, guys!

Kiwi performed an instrumental of Girl from Ipanema! 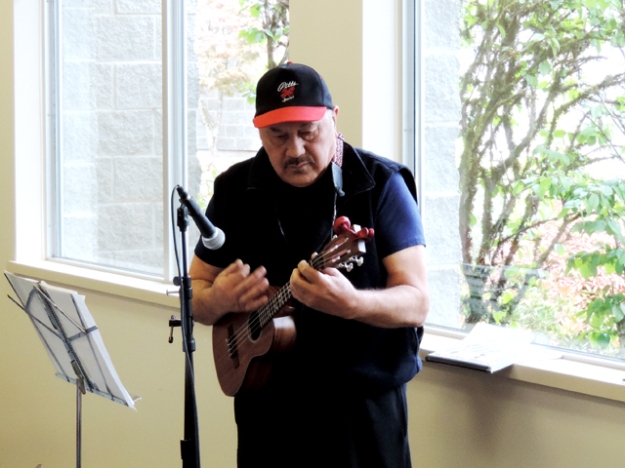 Paul rounded it all up with a crowd-pleaser solo of Dock of the Bay.

Ralph’s Songshop challenged us to some cool strumming patterns. He certainly worked us hard and it was well worth the effort learning to strum like pros! 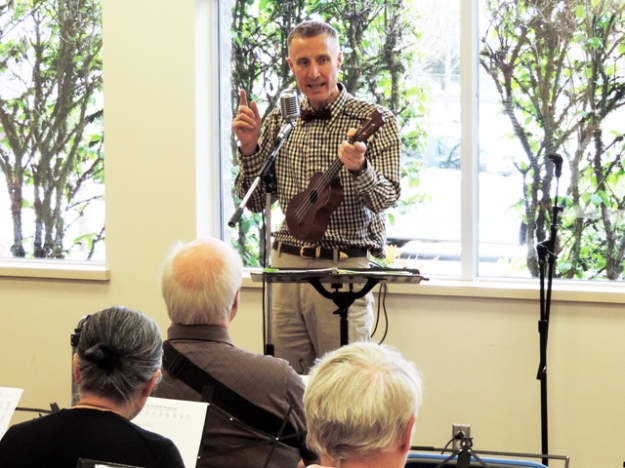 We again had some great snacks with Susi bringing in a special platter of homemade goodies! Thanks, Susi! Just a reminder that we are meeting at the Pinetree Community Centre on May 10 from 2 to 4pm. Rumour has it that there will be ukulele cookies for Mother’s Day. Ralph’s “Songs from the 1940s’ Songshop” follows immediately after the song circle on May 10, from 4 to 5:30pm. Only a few seats are left for this workshop. To sign up, click here. There will be a draw for two pairs of tickets to “Ruby & Smith | ‘A Ukulele Album’ CD Release Concert” compliments of Ruby’s Ukes.

Email us to enter the draw if you cannot attend the May meeting. See you all at the May 10 song circle!